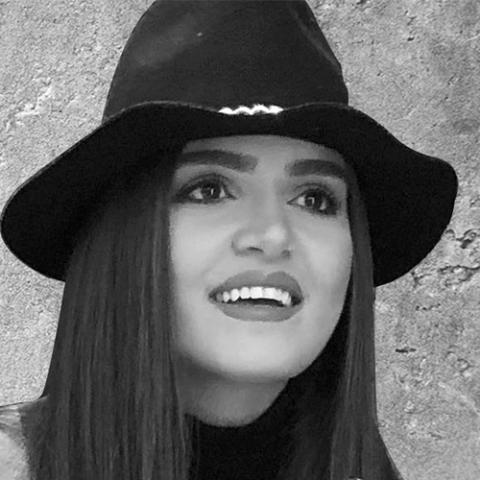 She is a Lebanese registered architect at the Order of Engineers and Architects in Lebanon since 2015. Graduated from the Lebanese American University (LAU) in 2014 with a minor in 'digital media', Cindrella continued her studies, and in 2016, she graduated from the Architectural Association School of Architecture (AA) in London and became a sustainable environmental designer and analyst.

Within her years of education, Cindrella has undergone heavy internships & official employment at various institutions and organizations in the Middle East. She started putting her skills and knowledge in the elaboration of various projects with DW5/Bernard Khoury, then SAMIR KHAIRALLAH & partners, RMarchitecture, Saudi Orient contracting company. She realized that becoming an architect will start right when she becomes ready to move from being directed by other architects. This was her straightforward path.

Cindrella’s journey continues evolving. In 2017, she started developing her skills on furniture design where the narration of her concept was behind every piece she completed. In the same year, she joined DAR AL HANDASAH – Shair & Partners in Lebanon, excerpting a significant experience, knowledge and training, in a time record during 2018, she became a LEED Accredited Professional (AP) in Building Design & Construction (BD+C). In addition to that, she was assigned as a listed adjudicator at the Supreme Board for International Arbitrators (SBIA) in the UK.

With her professional involvement in social activities and business environment, Cindrella continues to acquire skills in leadership and management, working as a freelance architect on projects in Lebanon and abroad.