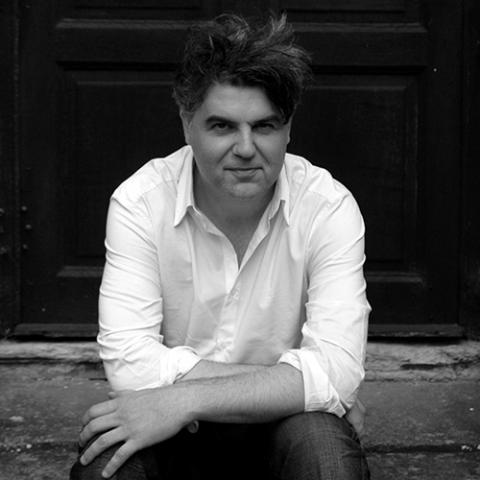 Andy Malengier, born in Ypres on 9 June 1971, has a clear philosophy. His designs should have a positive effect on people's state of mind and the further (re)design of the outdoor space. As a child Andy had a constant predilection for nature, landscapes and drawing.

At the age of 15 Andy moved to Ghent to take lessons in the department of Artistic Humanities at Sint-Lucas. There he was not only confronted with drawing and design, but also with architecture, design, art, painting, building models, etc ... (read more under vision). This training turned out to be a fantastic basis for later moving to Melle, where he continued his studies at the Hogeschool Gent, Department of Life Sciences and Landscape Architecture.

Once graduating from higher education, Andy Malengier did not immediately opt for an independent existence as a garden architect. He set to work in a number of landscaping companies where he could gain practical experience. During this time, he combined his work with a postgraduate course at the Department of Monuments and Landscape Care at the Art Academy in Antwerp. These studies were terminated prematurely as he then had the opportunity to join the city of Wervik as deputy head of the urban green service. After 3 years he took the step to an independent existence and founded his own design office.

His field of work is very broad. It embraces the design of private and public space from master planning up to and including adjusting the last millimetres on site. With his designs for cemeteries he was able to distinguish himself effortlessly, as evidenced by the International Funeral Award (IFA) won in 1999 with the design for the Wervik park cemetery. A unique achievement, as he was then able to leave behind the much-discussed realization of the cemetery in Kortrijk, a design by the Milanese architect Bernardo Secchi. In 2004 he again won the IFA in the category of funerary art, where his designs for a number of tombstones received an award. Also in 2007 the IFA was won with the realization of 4 cemeteries for the municipality of Zonnebeke.

Meanwhile he received several commissions for the study of cemeteries all over Flanders. Andy Malengier also won the design competition with his design for a new cemetery in Watou and he became laureate with the new cemetery of Vleteren. In addition to these distinctions in the world of cemeteries, Andy Malengier was also able to win an important competition with the renewal of the village centre of Oostnieuwkerke. The goal was not only to distinguish himself in cemeteries, but also in the discipline of garden and landscape architecture in general!